Meet the experienced and friendly doctors and staff who make Vision Source Tulsa the leading provider of vision care products and services in Tulsa. 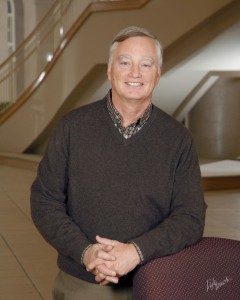 Dr. Lawson served as Adjunct Associate Professor at Northeastern State University College of Optometry for eight years. He obtained his Doctorate of Optometry degree from Northeastern State University College of Optometry in 1987. He obtained his Masters degree in Operations Management from the University of Arkansas in 1983 and a Bachelors degree in Physiology from Oklahoma State University in 1977. Dr. Lawson holds a second bachelors degree in Vision Science from Northeastern State University. Dr. Lawson served in Tulsa as the Commander of the 138th Medical Squadron, Oklahoma Air National Guard. His first six years of service was on active duty as a navigator in C-130 aircraft. Colonel Lawson is retired after serving twenty-nine years in the active duty Air Force, Oklahoma Air National Guard and the Air Force Reserves. Dr. Lawson supports community service. He is an active member of the Rotary Club of Tulsa. As a member of Asbury United Methodist Church, Dr. Lawson serves on the Global Outreach Leadership Council and a member of the Tanzania Outreach Team. Dr. Lawson has lectured for the Kansas Optometric Association, NSU College of Optometry, several Rotary Clubs and for the Air National Guard. Dr. Terry Lawson is a member of the Oklahoma Association of Optometric Physicians, the American Optometric Association and the Association of Military Surgeons of the United States. 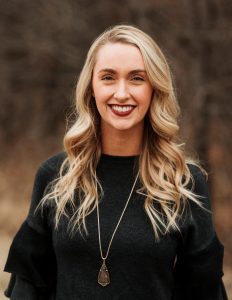 Dr. Henley grew up in south Tulsa and is a proud Jenks Trojan alum. Daughter of Drs. Terry Lawson and Gerri Herrin-Lawson, she spent many summers working at our office. She first became interested in optometry as her career while on a medical mission trip to Tanzania with her father in high school. She graduated with honors from Northeastern State University Oklahoma College of Optometry in May 2017. She received her Bachelor of Arts degree in Spanish from Oklahoma State University in 2012. While in optometry school, Dr. Henley was actively involved in the American Optometric Student Association as Trustee, traveled to D.C. to lobby for optometry at the Capitol, participated in an optometric mission trip to Honduras through SVOSH, and co-chaired the EyeBall awards banquet. Dr. Henley is a member of the Oklahoma Association of Optometric Physicians and the American Optometric Association.

Dr. Henley and her husband, Ethan, enjoy spending time with their three sons, traveling, hiking, gardening, and being outdoors. She is honored to carry on her parents’ legacy here at Vision Source Tulsa! 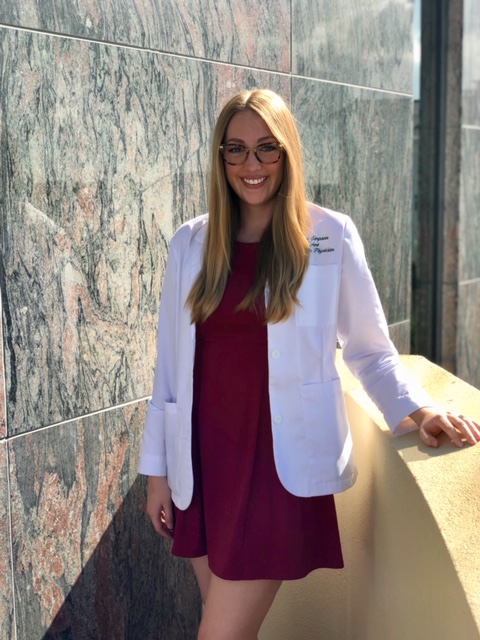 Dr. Simpson is the newest member of the Vision Source Tulsa team! She is also the daughter of Drs. Terry Lawson and Gerri Herrin-Lawson and sister to Dr. Kacy Henley. She spent her summers during college working at our office in various positions. She has always loved watching her parents as optometrists and knew from a young age that she wanted to follow in her family’s footsteps and become an eye doctor. She moved to sunny South Florida for optometry school and graduated with honors from Nova Southeastern University in May 2020. She received her Bachelor of Science degree in Nutrition from Oklahoma State University in 2015 and another Bachelor of Science degree in Vision Science from Nova Southeastern University in 2017. While in optometry school, Dr. Simpson was involved in the National Optometric Practice Management Association. Dr. Simpson completed an externship in ocular disease at Eye Centers of South Florida and an externship in private practice at Easton Eyecare. Dr. Simpson is a member of the Oklahoma Association of Optometric Physicians and the American Optometric Association.

Dr. Simpson and her husband, Alex, enjoy spending time traveling and exploring new places around the world. She is excited to join her family and help serve the Tulsa community with their eye care needs!

“No improvements. Liz was very thorough, caring and conscientious. She got me in 15 minutes earlier than my scheduled time.She explained everything as we went from machine to machine. She's a gem. The front desk personnel were very welcoming and helpful. Dr. Lawson is an all round professional and nice man with a wealth of knowledge that he shared in terms that were easy to understand. Pleasant, great care and informative visit.”

You can schedule your next eye exam with us online!